From the transition to a carbon neutral economy to food security, from tackling global health crises to digitizing education, the shared global challenges and ambitions for sustainable development are manifold. If the Covid-19 pandemic has shown anything, it is that global collaboration in research and innovation is absolutely essential for successfully tackling these challenges. Europe and India are two regions well-positioned to collaborate on innovation for sustainable development: both boast deep and rich innovation ecosystems, ICT sectors, and globally competitive multinational companies. Both also have excellent higher education institutions, especially in technical and engineering subjects. Even more importantly, they share democratic principles and have respect for the rule of law.

Out of these considerations, the Europe-India Innovation Partnership (EIIP), funded by the European Commission, was launched in 2018 with the aim to strengthen the innovation dimension of Europe-India cooperation. Running until January 2021, it promoted the exchange of ideas and a mutual understanding of each side’s innovation ecosystems. This facilitated co-creation and the development of new and innovative products and services in areas from education technology to clean energy and agricultural innovation.

Th EIIP pilot project, implemented jointly by Technopolis Group, a European public policy consultancy, and Global Business Inroads, an Indian business and market advisory firm, and supported by a range of network partners, had at its core a network of European and Indian startup incubators and accelerators. The reasoning behind this decision was that such enterprise support organisations, carefully selected for the network on a competitive basis, can act as multipliers in reaching a wider group of startups than could not have been reached if the project had directly targeted entrepreneurs. The important role that incubators and accelerators play in innovation and technology ecosystems, and the lessons learnt from the EIIP pilot in this regard were also discussed by a Technopolis team member at the AsiaBerlin Summit 2020.

Indeed, once the network had grown to more than 90 incubators from both regions, the EIIP also directly benefitted more than 100 startups that were brought together to facilitate co-creation between European and Indian startups and be connected to corporate partners. On top of that, more than 400 stakeholders, including companies, were at some point or another exposed to the EIIP network.

In order to establish a sustainable legacy, the EIIP networking activities focused on creating a conducive environment where European and Indian incubator managers could meet and get to know each other, learn about how the innovation ecosystem works in the other region, and gain insight into the innovations under development. As a result, 30 bilateral and multilateral incubator-to-incubator partnerships emerged from the EIIP, many of which we expect to continue in the future.

The contribution that such cooperation in the area of innovation can make to sustainable development goals was most clearly demonstrated in a set of thematic challenges launched in the network. For instance, the molecular startup competition launched by a group of European, Indian and African incubators selected one startup from each of these three regions for matchmaking, enabling an exchange on online education developments. The foodwaste challenge brought together startups in areas such as smart farming, food processing, and waste management – this is being continued by opening up the opportunity for African entrepreneurs to participate.

On the level of incubator partnerships, the EIIP has led to a number of soft-landing partnerships and startup collaborations between Europe and India. For instance, the Indian incubator Indigram Labs Foundation and WorldStartup – a Dutch incubators, signed an MoU through the EIIP network. This has resulted in WorldStartup supporting three Indian agritech startups with hands-on support to scale up and access the European market. Moreover, through the EIIP incubator network, two startups – one from France and the other from India, that have both developed soil mapping technology to supports users to make the best agronomical decisions, agreed to a partnership to integrate their technologies and launch it in the Indian market.

The legacy of the EIIP also includes soft-landing zones for European startups to receive support to scale to India, further institutionalizing innovation cooperation between both regions.

What can be learnt from this pilot initiative that ran for just under three years? Looking at the feedback obtained from incubators in the network, who were the main beneficiaries, a few points stick out:

A trusted environment is needed for collaboration to work. At least at the onset, this is greatly facilitated through face-to-face interactions, even if follow-up meetings can take place online!

Even though European and Indian innovation ecosystems are already highly internationalized, both regions are so vast and complex that there are hesitations and hurdles to expanding to the other regions. Having a trusted local partner and mentor is key for success to bridging the knowledge gap.

European entrepreneurs and innovators can tap into the Indian market’s resources to test and deploy their solutions on a grand scale and make use of India’s talent to adapt them to local needs. Vice versa, Indian entrepreneurs and startups can also expand to Europe. The Indian diaspora in Europe can play a bridging role in this regard, as can European stakeholders with an already established presence in India.

While there can be cultural differences, open-mindedness and willingness to learn can go a long way in fostering successful partnerships.

Perhaps counterintuitively, startups from smaller European countries and lower-tier Indian innovation hubs can be even keener to expand internationally quickly, perhaps given the comparatively small size of their home markets.

An exchange on best practice examples of how to operate incubators and accelerators can contribute to improving the prospects of these startup support organisations and their programmes, which play a key role in any resilient and scalable innovation ecosystem.

There is strong political support for continued innovation cooperation between Europe and India. The EIIP has shown the way, now it is up to future initiatives and the EIIP incubator network members to devise new ways of mutually beneficial collaboration.

Want to know more about the EIIP achievements? Have a look at this brochure! 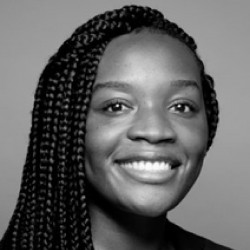