Copyrights exist to foster investment in creativity. They offer a temporary monopoly to those generating creative, intellectual works, thus providing an incentive to create such works and eventually promoting cultural diversity. They affect not only the ‘content’ industries but also other socially important areas like news, media and research. Moreover, they underpin business models that rely on software or the use of databases. Even innovation through open access and open-source approaches relies on the copyright system, which makes it possible to regulate the conditions under which “open” information sources can be used.

Digitalisation provides challenges for the copyright system. Once technological innovation enabled people effortlessly to copy and share digital products without paying anyone other than their internet provider, rights holders were less than amused. Investment in creativity seemed to be in danger. Some business models have evolved that mitigate the problem – such as Spotify’s business model which provides for a legitimate alternative to copyright piracy and offers licensed and paid-for streaming of copyright material. But many other challenges arise, too, including how to make ‘fair use’ exceptions to normal copyright rules for private use, libraries and research without undermining the positive economic effects of copyright.

Copyright is seldom seen in policy as an important contributor to innovation. For example, the series of OECD country-reviews of national innovation systems reviews done over the past few years devotes a lot of attention to IPR in the form of patenting and the commercialisation and transfer of inventions into the economy.2 But they barely touch on copyrights, omitting entire industries and institutions relevant for innovation from the national innovation policy discussion. And in the areas of innovation they address, these reports rarely identify copyrights challenges. The pattern is similar across most innovation assessments and strategies, from regional Smart Specialisation strategies to the national innovation policy mix studies sponsored by the European Commission over the years.

They have special characteristics that impose regulatory needs

Managing and regulating copyrights is much messier than patents. Patents have to be applied for, examined in patent offices and registered, so there is both a quality test and a list of patent monopolies. Copyrights exist automatically once a creator fixes an original idea or performance in a medium, be it writing, recording, graphic or digital. There is, therefore, no complete inventory of existing copyrights. Furthermore, the cast of actors is typically larger in copyright than in patents. Whereas the patent system has mainly the right holders, the competing firm and the users, in copyright – for example in music – the cast of actors can comprise the original authors and copyright holders; the holders of neighbouring rights (e.g., broadcasters); manufacturers of equipment that can be used to distribute (and copy) copyrighted material (such as mp3 players/recorders); collection societies and users. All these actors may have diverging interests.

It comes therefore as no surprise that copyrights are the least harmonised amongst the major IP rights in the EU. At EU level, copyrights are regulated in a patchy manner in a growing number of directives (so far eleven) and regulations (so far two) which tackle certain aspects of copyright, but not copyright as a whole. As a result, there is a strong surge for a more encompassing copyright reform at European level. Such a reform has been highly debated in the past months and years, and there are aspects which seem to go more easily while others show strong lines of conflict.

Copyright law not only regulates relations between Too little thinking about copyright October 2018 – N° 18 7 industry and customers but also the value chain within the creative and content industries. For example, it is used to regulate the creator’s remuneration. The power relationship between creators and publishers is often very unequal, so creators often cannot strike good deals and in some cases, authors of successful works do not benefit proportionately. The European Parliament recently voted in favour of harmonising rules about how works can be exploited and created an obligation for publishers to provide creators with accounting information on profitability in an effort to strengthen the negotiating power of the creators.

…and where there is strong controversy

In September 2018, the European Parliament approved the Commission’s proposal3 to introduce a right ancillary to copyright specifically for press publishers that is supposed to help them negotiate compensation when search engines or news aggregators use their content. In practice, it is unclear whether the press or the search aggregators profit more from these activities. Research by the Commission’s Joint Research Centre suggests that the Web-based news aggregators actually increase the revenues of the press.4

The introduction of ancillary rights at the national level in Germany and Spain showed how difficult it is to generate the intended effect: in neither country could meaningful revenue be created for the press. There can also be unintended effects. Google stopped its service in Spain while in Germany some smaller, European news aggregators disappeared from the market. Many people and companies active in internet business fear that if a similar right is introduced across the EU, setting a link could require a license. This would change the architecture (and freedom) of the web. In that case, and without proper fair use exceptions, both research use or access to news by people with disabilities could also be affected. The Directive is being discussed by the Parliament, Commission and Council of Ministers over the next few months.

The ancillary right approved by the Parliament is even broader than the German archetype and its implications are unclear. The debate on copyright continues to be conceived as a defence of traditional media: little consideration is given to the effects of copyright changes on the potential for innovation. The risk is that the old economy triumphs over the new in Europe – while the rest of the world pursues a more progressive line that supports innovation and competitiveness outside Europe. 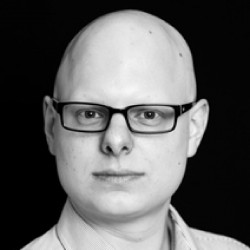