In 2015, the UN Member States adopted the Sustainable Development Goals, one of them, SDG19, being innovation as a medium to economic development and industrialization. This has channelled attention and helped put innovation as a priority for investments into innovation policies and national innovation systems from then on.

Before 2010, very few African countries except for South Africa had an active innovation policy. Since then, several countries have launched active (i.e. funded) innovation policies, including Rwanda, Kenya, Nigeria, Morocco. Likewise, Rwanda established National Commission for Science and Technology. They engaged in the development of RDI centres, incubators and demonstrators, science and technology parks and are structuring their IPO systems; they provide incentives schemes and systems including incentives to researchers and innovation funds.

At the same time, the last decade and especially last few years have seen ever-increasing policy attention from international donors, development banks and partners. The World Bank has the Innovation Policy Platform, a Gender Innovation Lab and finances the large XL Africa Program designed to support later-stage technology start-ups ready for scale. At the regional level, the African Development Bank has set up an STI Forum in 2018, and is about to invest in the Boost Africa Program together with the EIB to accelerate growth and development of start-ups in Africa. The African Union-EU High Level Policy Dialogue on STI was set up in 2010 by the Second Africa-EU summit and functions as a platform for regular exchanges on research and increasingly innovation policy. The African Union has developed a Science Technology and Innovation Strategy for 2024. The EC has recently launched an Africa Europe-innovation Partnership for networking of both continents tech hubs and technology transfer organisations, and a Policy Support Facility for supporting the design, coordination and implementation of national innovation strategies. Donors like the French AFD launched the Digital Africa initiative, the Netherlands launched Orange Corners, DFID is launching soon two large programs – Strengthening Research & Innovation in Africa and African Technologies and innovation Partnerships-, South Korea invests through the African Development Bank, and last August Japan International Conference on International development focused on “Advancing Africa’s development through people, technology and innovation”.

The reality on the ground still shows a mixed picture. First of all, innovation activity is rather concentrated in a few, the most visible being South Africa, Ghana, Senegal, Rwanda, Nigeria, while the most performing innovation systems (according to WIPO) are South Africa, Kenya, Mauritius, Egypt, Morocco, Tunisia. Moreover, Africa as a whole is still lagging behind in terms of human capital initial training and retraining (no critical mass, important brain drain); governance, policy and regulations (absence of the necessary governance and policies); entrepreneurial and innovation support systems (weak intermediary networks); and access and diversity of financing (lack of national public funding). Innovation systems are typically still weak. While innovation is more and more recognized by governments as a priority or driver for achieving economic goals and SDGs, countries still lack the necessary capacities for innovation policymaking. From this angle, African countries can learn from experiences in other parts of the world how to develop a strong innovation system.

However, Africa’s recent serious entry into innovation policy also shows some interesting trends that could be an indication of Africa being ahead of the curve, leapfrogging older generations of innovation policy just like most Africa countries will never need to bother to invest heavily in traditional telecom infrastructure with mobile being the immediate standard. First of all, while Europe is still heavily debating the merits of putting societal missions into research & innovation policy, SDG-led R&I policy is the point of departure for most African states that need solutions to their social and economic challenges. Secondly, policies heavily focus on the role of the emerging private sector, including young entrepreneurs, tapping into resilience and entrepreneurship of its citizenry. Thirdly, African governments (such as Rwanda) experiment with new regulatory frameworks for drones that facilitate experimentation. Finally, we see that a networked approach with international and regional partners is emerging at the continent level, both out of necessity in order to find the right capacities as well out of the vision towards a single economic and research space in Africa. In general, there is a lot of ‘policy entrepreneurship and innovation’ present in this space, generating valuable lessons, not just for African countries but also for the rest of the world. 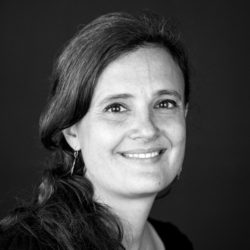 Karine Kouacou
This person no longer works for Technopolis Group 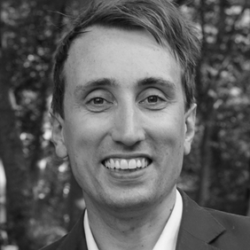