But it’s more than the availability of the technology itself. Almost everyone in Western Europe has access to the internet, but it tends to be taken for granted. In Africa, people are challenged in ways that Europeans can barely imagine and they need to find ways to better their lives; so they always keep struggling, seeking out information and using the internet as much as possible – such as studying online rather than borrowing to study in another continent.

It’s surprising that in Africa, where power outages are common, the level of awareness about cutting-edge technologies seems to be the same as one would find in Europe.

Technopolis Group is working on an EU-funded project which aims to build on the energy and awareness of Africa’s new generation of entrepreneurs and innovators – the real game-changers in Africa’s future economy.

This is being done by connecting innovation and technology hubs in Africa with those in EU Member States. The project’s aim is to share ideas and methodologies and access new sources of funds; it started in January 2019 and will go on for another two years.

A hub is a shared office space where entrepreneurs and innovators come together, use the internet (and a desk), meet like-minded people, get training and meet investors. Some hubs actively help these entrepreneurs grow their ideas into viable businesses that attract investors.  They play an important role in Europe’s economic development; in Africa, there are over 400 hubs, mostly funded by international donor agencies or philanthropists.

The role of the Technopolis Group project is that of a facilitator, a network builder – to bring people together. One of the project’s first tasks was to identify a shortlist of hubs, on both continents, that are both willing and able to cooperate with their counterpart on the other continent.

Another initial task is to arrange a launch event in Kenya. Technopolis Group only invited 21 carefully selected hubs: 10 from Europe and 11 from Africa, The invitation list is limited as they’re going for depth rather than breadth.  Also invited to the first event are 20 promising new businesses which were trained (or “incubated”) by the African tech hubs.

Each African hub is different, and the following examples give an indication of their variety.

Many hubs are private sector run and an example of this is the Active Spaces hub in the Cameroon city of Doula. The hub was started by students who were looking for a space to develop their ideas; it started out as a co-working space, and the rent they get for this is their main source of income. They recently started offering incubation (training) services for entrepreneurs. It’s a well-organised hub with good international connections.

Another type of hub is the ones set up by government or academic institutions. One of these has been set up by the Polytechnic in Yaounde, in Cameroon, with government funding. Like the private sector example described above, the aim is to incubate and mature the ideas of the students – as well as other innovators in the area. They have over 500 square metres of office space, as well as conference and parking facilities. One of their success stories is a start-up called Gifted Mum which gives pre-natal advice about bringing up children.

A third example of a successful African hub comes from Lagos, Nigeria. It’s called CC Hub where CC stands for Co-Creation. It offers co-working and innovation spaces and has managed to link up with Facebook which is offering some support to the African start-up ecosystem.

Technopolis Group encourages the hubs to enter into a partnership with each other, share information about relevant start-ups and organise joint events. They will organise more networking events like this during the course of the project.

The aim is to avoid the importing of traditional Western models – which often do not work in Africa – and create direct links between innovative start-ups that are based on local needs and new technologies.

The list of technologies and sectors that these 21 hubs specialise in is impressive and includes artificial intelligence, drones, blockchain, the internet of things, big data, robotics, clean energy, health, food and agriculture, eCommerce, eco-tourism, the frugal economy, education, software and app development, manufacturing – and much more.

This project will contribute to the strategic goal agreed between the EU and the African Union at their summit in September 2018, which issued a joint statement aiming for “an unprecedented shift towards an equal partnership between Africa and the EU.”

More about the Africa-Europe Innovation Partnership 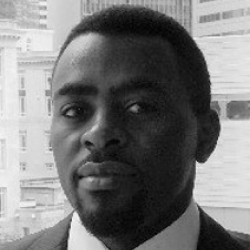