In Sweden, the Swedish Foundation for Strategic Research (SSF) is a major funder of strategic research. It is the biggest of the ‘wage-earner fund’ foundations in Sweden. The wage-earner funds were set up by the social democrats in the early 1980s to invest in major Swedish companies on behalf of Swedish workers. A conservative government abolished them in 1992 and used their capital to set up several research and venture capital foundations in 1994. The biggest of the research foundations are SSF, Mistra (which funds environmental research) and the Knowledge Foundation, which funds knowledge-intensive industry and the development of the regional universities and colleges.

Despite deciding in 1942 that the national research capacity was too small to fragment and therefore that the Swedish universities should handle not only basic research but also research for applications and to meet government and social needs, Swedish policymakers have struggled to sustain a strategic research funder in the state sector. The technology research council (TFR) set up in 1942 largely funded engineering and in 1968 it was absorbed into the new innovation agency (STU, which later became Nutek and is now VINNOVA). After a while, government protested that STU neglected engineering research and it created a new technology research council (TFR) in 1990 to fund strategic research. TFR stayed independent until 2000, when it was integrated into the current Swedish Research Council (VR), a traditional ‘basic’ research funder that has no specific programmes for engineering or technology. Today, therefore, the state has no dedicated ‘strategic’ research funder.

In fact, STU greatly increased its investment in strategic research during the 1970s and 1980s, especially in ICT, biotech and materials – the ‘enabling technologies’ that seized the imagination of most western countries in that period. In 1997 the returning social democrat government slashed state research budgets, aiming to force the foundations to fill the gap. Although the wage-earner fund foundations are legally independent and formally outside the state’s control, SSF in practice took over a lot of STU’s strategic research funding and, indeed, some of its personnel. (Mistra took on many of the research questions formerly addressed by the Swedish Environmental Protection Agency, which lost its research budget.)

Moving a lot of strategic research to SSF triggered it to become an important change agent. It funded larger programmes and centres for strategic research, as did the innovation agency, building concentrations of research strength and academic-industry cooperation in areas of industrial significance to Sweden. Like the other wageearner fund foundations, the fact that it was not locked in by previous commitments meant that SSF became a leading initiator of graduate schools – responding to a clear need to increase the number of PhD graduates working in Swedish industry. SSF also provided large grants and leadership training to promising younger researchers, prefiguring ERC’s starter grants within strategic technologies.

The reform of the Swedish funding system in 2000 that created VINNOVA and VR created a state funding structure that does not emphasise strategic research, precisely because SSF provided such funding. As the chart shows, this reform took place at the point where SSF’s expenditure was at its highest – in fact, about a billion Swedish kronor. Since then SSF’s fund has slowly been run down. The foundation now spends about 5-600 million kronor annually, a figure that cannot be sustained for many more years. It seems that something has to change in the funding system soon, before a lack of strategic research funding once again becomes a problem. and is currently undergoing radical redesign. 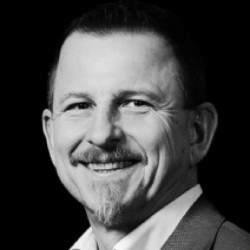