In 2016, Technopolis Group analysed how the energy transition is going in Belgium, Denmark, France, Germany and the United Kingdom compared to the Netherlands. Our aim was to answer the questions: Why is the energy system the way it is? What are the institutional factors? And how does the behaviour of particular actors shape the outcome?

From the five country reports, we conclude that a long-term vision shapes both the energy system and the industrial system that builds it. It is clear that through consistently upholding strategic choices, investors gain confidence and start contributing to that choice. In time, a choice for sustainability becomes a vested interest of the investors and industries contributing to it. We thus see a tipping point in the transition, where industrial structure is redefined to such an extent that industry becomes a driver of alternative energy and technology policy rather than an opponent.

Denmark is the most prominent example, where a focus on fossil fuel independence since the 1970s implied choices for wind-energy – their most abundant natural asset – and district heating. District heating covers most urban areas and is increasingly fed by renewable heat sources. Moreover, Denmark is now a key exporter of wind-energy technology and the industry is asking for more ambitious environmental targets to boost its market.

In France, the consistent focus on nuclear energy was driven by the desire for independence. Here too, this has resulted in a successful technology export sector, though societal movements are increasingly questioning nuclear energy as a responsible strategy.

The successful German Energiewende policy is largely paid for and supported by civil society rather than industry. As industry pays little of the cost, they resist less, while entrepreneurial citizens and energy cooperations quickly grow in numbers and size. These are now becoming the drivers of change.

In the Netherlands, Belgium and the United Kingdom, strategic choices for affordability and security have prevailed. As such, the market is still dominated by traditional energy suppliers using mostly conventional energy technology.

We further observe that much attention is on electricity as an energy carrier, and on clean electricity production. However, electricity usually represents only one-third of the total final energy consumption. In addition, buildings remain an enormous challenge in all countries, due mostly to finance and the question of who pays for renovations, tenants or owners.

Transport receives an increasing amount of attention, and rightly so, but technical solutions for many means of transport are either uncompetitive economically or in their performance. As for aviation, the energy density it requires forces the sector to rely on liquid fuels for the foreseeable future.

In conclusion, we see that systemic change requires perseverance to reach a tipping point, beyond which energy systems become self-propelling and accelerating. In addition, there is an urgent message for policymakers: tackling the built environment should have a high priority, as energy poverty is an emerging issue for the poorest households. This forces us to ask the question: will we pay their heating or renovation costs for them? 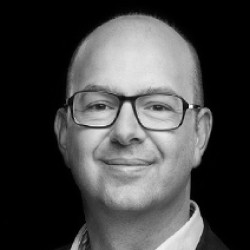