Open science has made headway in democratizing research, but the barriers preventing it from unfolding its full potential are very real, but certainly not insurmountable. The Technopolis Group, which has been active in research and innovation policy for more than 30 years, is proud to actively support the European Open Science Cloud (EOSC) through governance and co-creation of the EOSC community.

Why conduct research when its results don’t benefit all? Contrary to cars and even code, the spoils of scientific discovery often remain locked away by paywalls put in place by a handful of journal publishers. Open science, while not always free, at least follows FAIR (Findable, Accessible, Interoperable and Reusable) principles with the goal to allow others to reuse research results throughout the research process, making them invaluable to other researchers.

Given the many challenges facing humanity – from climate change to pandemics to food shortages – it is even more important that open Science is implemented consistently across all EU Member States (MS). This is why Horizon Europe, a gigantic research and innovation programme dedicated to finding solutions to these challenges, devotes a significant part of its €95.5 billion budget to this pillar. It is safe to say that open science has been accelerated by Horizon 2020’s shift in priorities from investment in bricks and mortar research facilities to increased investment in networking these facilities through digital connections under Horizon Europe.

The issue: culture clashes between states and disciplines

This linkage poses a number of challenges, the biggest of which is the lack of consensus within and between the different scientific fields. Engineering is an example of a laggard when it comes to open science compared to other fields with their open data holdings. Although most Member States have open data policies, progress varies widely between countries, and this is also true for the different scientific fields.

First and foremost, the national and research contexts vary. In many cases, however, it is the differences between publication cultures that usually entail different incentives to apply the principles of open science. Competition within a field is one such driver, especially in fields where patents are common and intellectual property protection is required, which hinders the development of open science ambitions in certain fields. Finally, the conditions for open science are not equal across Member States. There are major differences in terms of the mandates imposed by research funders. Some promote open access policies, while others actively enforce their implementation. These factors in turn have a major impact on the progress of open science in Europe.

Concerns that hold back the advance of open science

The risks for not implementing open science uniformly across scientific disciplines (taking into account differences in research practices) and Member States cannot be ignored. For example, there are serious concerns about free riding, where one discipline or Member State benefits from the efforts of others without contributing itself. Moreover, researchers‘ open contributions might be recognised in one country but not in another, ultimately hampering interdisciplinary research and collaboration.

Finally, some researchers are concerned that open science may limit their academic freedom, as they may not be allowed to publish in an academic journal of their choice, including subscription journals. Although this concern is justified, open access does not necessarily undermine academic freedom, it can even strengthen it, and intellectual property is usually left untouched in open publications. Broadly speaking, open access simply means that access to research is not hindered by either payment barriers or restrictions on research.

How to advance open science

To make open science the status quo and inexorable, it is important to mobilise actors inside and outside the scientific community. All levels have a role to play. At the Member State level, it is important that the benefits and challenges of open science are well understood so that appropriate action can be taken. At the university level, it is crucial that a culture of open science is cultivated and that appropriate incentives are provided for its application. In addition, it is important to invest in education, training, digital skills and appropriate infrastructure and services to enable researchers to participate in open science. Finally, at the individual level, research studies can be pre-registered, reproducible codes created and replicable analyses produced that are available to all.

The future of open science

Existing cultures cannot be unravelled easily, at least not in the short term. This is also true for open science, which represents many different philosophies in the individual disciplines, but also at the Member State level. It is therefore crucial that systemic change in terms of vision, cross-cutting collaboration and implementation strategies must take place in order to reap the benefits of open science. The number of open science communities is growing, momentum is building, and once the tipping point is reached, open science will become as commonplace as paid journals. Technopolis is committed to the open science cause through its active involvement in the EOSC project, a crucial element of the progress of open science in Europe. 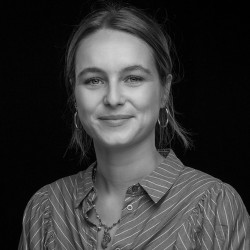