Reducing emissions from heating is an important piece in the puzzle of the Net-Zero future. Technopolis Group has contributed to a study that could pave the way to substantially changing how we heat our homes.

As the temperatures across Europe start to decline, we are getting the warm jumpers back out of the depth of the closet, treating ourselves to hot soup, and turning the heating back on. For many, this means kick-starting heating systems run on gas or other fossil fuels. Around 80% of homes in the United Kingdom and 75% in the European Union are heated this way. Cooling currently makes up a relatively small share of the energy consumed by households. However, more buildings are expected to be equipped with cooling systems as climate change is intensifying heat waves.

Conventional heating systems that use natural gas, which is mainly composed of methane, emit large quantities of CO2 into the atmosphere. The UK announced a ban on installing gas boilers in new homes from 2025 to support the bid to become climate-neutral by 2050. The EU hasn’t yet decided on a firm deadline for new gas boilers in residential heating but wants to achieve net-zero emissions the same year as the UK – 2050. If these targets are to be met, cutting emissions from heating and finding a viable alternative to natural gas is a crucial piece in the decarbonisation puzzle.

How hydrogen is fuelling hopes for emissions-free heating

Hydrogen is seen by many as a top contender in the race for finding and developing alternative, cleaner fuels which could replace conventional fossil fuels. Hydrogen can be sourced from water through electrolysis. When hydrogen is burned, it emits zero carbon emissions. Many different sectors are currently exploring the potential of hydrogen, like the automotive or the transport sector. Another potential use for hydrogen could be to heat and cool buildings.

The programme Hy4Heat has been assessing if it is technically possible, safe, and convenient to replace natural gas with hydrogen in residential and commercial buildings in Great Britain. Technopolis Group contributed to the 4-year programme by leading a process and impact evaluation to assess whether Hy4Heat has met its original objectives and has contributed towards decisions on whether to proceed with future community trials using hydrogen appliances in a real residential setting. The 25 million GBP programme was commissioned by the UK’s Department for Business, Energy & Industrial Strategy (BEIS).

To establish whether it would be technically possible and safe to use hydrogen for heating and cooking, the programme commissioned development of a range of prototype appliances with manufacturers to have the same functions as their natural gas-fuelled counterparts but are operable with hydrogen. Examples include residential boilers, cookers and fires. These appliances have been installed in two demonstration homes in Gateshead, England, which are open for visits by the interested public.

In terms of safety, the project’s safety assessment concluded that using 100% hydrogen for heating and cooking can be made as safe as the use of natural gas in detached, semi-detached and terrace houses of standard construction – the types of homes studies under Hy4Heat. Further studies would be needed to assess the safe use in other building types like apartments blocks and commercial buildings. One advantage of Hydrogen appliances when it comes to convenience is that they would work in a similar way to the conventional heating and cooking appliances that consumers are used to.

First successes and challenges ahead

If the UK government endorsed hydrogen for heating in the future, the switch would require a large-scale investment. As the current natural gas grid connects buildings within a certain area, like a city, the fuel switch cannot be carried out in single homes individually. The entire gas networks of an area would have to be converted at a time, including all the appliances installed in each building. Another challenge is the production of hydrogen itself.

To meet energy demands and emission targets, large quantities of hydrogen would need to be produced with no or low emissions. Currently, the UK government is exploring ways to scale up supply of hydrogen through other innovation programmes such as the Low Carbon Hydrogen Supply 2 Competition. Climate-friendly ‘green hydrogen’ is generally produced by using electricity from renewable energy sources to split water into its components. So far only small-scale facilities exist, and the production would need to be ramped up massively to enable supply of hydrogen for heating at a large scale. ‘Blue hydrogen’ which is produced by the reformation of methane in combination with carbon capture and storage can help to reduce heating emissions substantially because it can be deployed at large scale by the mid 2020s.

Regardless of the many interconnected challenges which will need to be resolved in a relatively short amount of time to halt climate change and to achieve a climate-neutral society, Hy4Heat has delivered promising results. As a next step, a community trial will be carried out, led by the Gas Network Operator, SGN. 300 homes in Levenmouth, Scotland, will follow the path of the Gateshead demonstration homes and be supplied with hydrogen for day-to-day heating and cooking. A successful switch of this entire neighbourhood would be another important piece in solving the decarbonisation of heating puzzle. 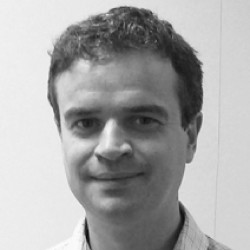