Open science is gaining ground in Europe despite entrenched opinions in Europe’s scientific communities, not least because open access of publications is getting tractions and of a better understanding of what it is, and landmark projects like the European Open Science Cloud (EOSC). A principal issue still stymying open science’s progress is that it is fraught with different implications and misconceptions for everyone with a stake in it, from researchers to research institutions, leading to myriad (mis)conceptions. Recent events, such as Covid-19, are already demonstrating that uptake of open science in Europe is accelerating.

At its core open science is supposed to increase the quality, efficiency, and responsiveness of science, while at the same time making science more inclusive to involve academia, industry as well as citizens. This contrasts with this the persistent culture of subscription-based models, whereby paywalls govern who has access to the latest science. This issue is can be persistent because of the lock-in of acclaimed and prestigious institutions to publish in high-impact journals for fear of being relegated in rankings like the Shanghai Ranking. This is further enhanced by the notion that open means free, and free is often stigmatized in the world of academic tenure and pedigree because free allegedly implies low quality, hence to less citations and less appreciation.

Many state that the reverse is true, as unfettered, or open access, which is inextricably linked to open science, is more likely to increase exposure to scientific discoveries and thus citation of data. Beyond exposure, open science also increases the quality of data, increases reproducibility and reduces retractions, because of the transparency of the research process, ultimately also fostering creativity and trust in research.

During pandemics, both Ebola and more recently COVID-19, paywalls were removed, ensuring the free flow of new insights, allowing and stimulating interoperability between disciplines to work together on solutions. This accelerating access to critical information, led to vaccines being developed at record speed and saved many lives.

Involving citizens in science pays off

Citizen science, or citizen engagement as it is called in the new nomenclature, is another current that has appeared on the scene and is an integral part of open science. It recognizes that citizens, organisations and other stakeholders can participate in science, from idea and design up to producing unequivocal results and data subject to the same rigorous vetting process as science published in journals. In one instance a Dutch primary school teacher discovered an astronomical anomaly that she described as a cosmic ghost, or what Oxford University researchers classified as a “light echo” of a quasar, using a platform called Zooniverse, accessible to curious individuals interested in astronomy. A recent example is the unique capability of Joy Milne, from Scotland, who can smell if someone has Parkinson disease. This helped science in its quest to develop early testing on this disease.

Open Science is a complex process for sure, as it implies changing the ecosystem of doing science. To be successful multiple actions must be combined and aligned. The European Commission set up a strategy of eight related points of action. For example, open access will rely on changing the rewards & incentives systems for academic careers. And sharing of data requires the presence and training of data stewards.

And sometimes one needs to be bold. An illustrative of such boldness was the Dutch presidency of the European Council, which in 2016 issued a call to action in the Council Conclusions to achieve full access to all scientific publications and a new approach to the ideal reuse of data by 2020. This boosted the open access of publications and new types of (national) agreements with publishers. While not reaching the 100 percent mark, it is estimated that 70 to 80% of the goal was reached in many countries. A key factor was the willingness to cooperate in the quadruple helix of government-university-industry-society.

Paving the way for open science requires that academic freedom is not undermined, it must be inclusive, and create a level playing field at global level. Aspects on Open Science must be credibly communicated to all stakeholders of the current system. This requires that principles are enshrined and that key stakeholders act in concert. Policymakers should not be afraid to set ambitious goals, and not back down at the first sign of adversity. Ultimately, if you have perspective and a vision, stakeholders will follow. 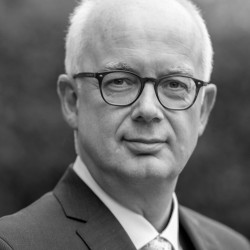