In recent years many countries around the world have committed to reducing their reliance on fossil fuels as an important step for curbing greenhouse gas emissions and restricting global temperature rise. The deployment of renewable energy is key to do so. As more and more renewable energy technologies are used, their costs are decreasing, making them more accessible. To add extra incentive, many countries offer subsidies to speed up the uptake of these technologies and to foster the consumption of their electricity.

Technopolis Group had a closer look at the underutilization of these subsidies by assessing the Dutch Renewable Energy Support Scheme (SDE). It is the main financial tool of the Dutch government to stimulate its transition to sustainable energy production. SDE subsidies can go to different kinds of renewable energy technologies, including wind farms, wave power and geothermal energy production facilities. However, about 90% of the projects financed under SDE are solar energy projects.

But perhaps surprisingly so, a large proportion of the available subsidies is actually never spent. Even if subsidies are granted, this doesn’t mean that all the proposed projects will be implemented, and the funds paid out. In some funding rounds, over 40% of approved solar energy projects won’t see the light of day, leaving billions in subsidy unspent. This can be for a variety of reasons, including legal and technical hurdles as well as infrastructure challenges.

Technical obstacles are the main cause for the lack of implementation of the subsidized solar projects in the Netherlands. When preparing the installation of solar panels, it often becomes clear that the roof won’t sustain the added weight. Reinforcing roofs is expensive which hampers considerably the economic viability of these projects. Overestimating the number of panels that can fit on a roof can also limit the possible return on investment.

A second major hurdle when it comes to implementing renewables projects is the electricity grid. The grid was originally designed for delivering electricity to consumers. Rural areas are therefore equipped with material adapted to low demand, while urban zones have more powerful equipment to support the elevated electricity flow. Spacious, rural places are often the better fit for large scale renewable power projects such as solar farms, with the purpose of injecting large amounts of electricity into the grid. But as the end-of-network grids are not designed to support such high capacities, these need to be updated by the grid managers. This is a costly and time-consuming task that has yet to happen in many places, causing delays and a loss of subsidy for many projects.

Lastly, the set-up of the subsidy program obviously also plays a role. In many projects, the business cases were not considered satisfactory despite the subsidy due to unforeseen costs. Higher insurance premiums, connection to the electricity grid or improvement of the roof could not always be compensated by the subsidy. And in some cases, the implementation time was too short.

3 solutions to better utilize the subsidies

The underuse of subsidies is hampering the deployment and use of renewable electricity. The scale of the problem is considerable in the Netherlands, which is already lagging behind to meet its sustainable energy targets. Mobilising funds for a green transition is no easy task. In 2018, EU member states invested EUR 50 billion in fossil fuel subsidies, while subsidies for wind power generation and solar power generation amounted to EUR 16 billion and EUR 8 billion respectively. These figures may seem high, but when the entire scale of the EU’s green energy transition is considered, these subsidies are falling a bit short. All the more, not being able to spend the available funds effectively and efficiently is making matters worse.

To tackle this issue, Technopolis Group has helped the Dutch government to identify possible solutions. A first crucial action would be to increase the upfront communication on the requirements and possible hurdles of renewables projects. This could limit the number of abandoned subsidized projects substantially. Encouraging applicants and their intermediaries to verify the suitability of their roofs, exploring insurance options and contacting energy providers about potential grid capacity issues could help applicants to evaluate the feasibility of their projects.

A second recommendation is creating incentives to make self-use of the generated electricity more attractive. This can help to circumvent grid capacity issues. If the consumption costs for self-produced electricity would be reduced, less electricity will be reinjected into the grid. Additional incentives to make energy storage more attractive would enable the generated energy to be used later instead of being fed back into the grid. This gives grid managers more time to improve the network while improving the business cases of renewable energy projects.

Lastly, another approach would be to raise the threshold for applying to the subsidies. Requesting roof suitability studies, for example, would encourage better preparation of the projects and ensure that subsidies are granted to projects with a high chance of success. However, raising the threshold too high could exclude businesses and individuals that don’t have access to the expertise, or the upfront budget to comply with elevated standards.

The underuse of renewable energy subsidies is an important issue that needs to be addressed to enable states to meet their sustainability ambitions. A good exchange of knowledge and cooperation between governments, grid managers, insurers and project managers is important to implement suitable solutions that will bring a green and climate-neutral future to life. 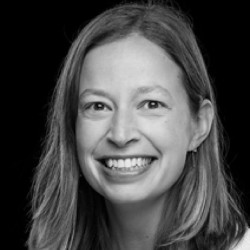