Last December, Technopolis Group was awarded two major contracts with the European Commission (DGR RTD), totalling together more than 700,000€, to carry out a Baseline study for the implementation of lighthouses of Mission ‘Restore our ocean and waters by 2030′.

These baseline  studies will comprehensively  map  the  situation  in  the  lighthouse  areas, with regard to Mission objectives stakeholders, networks, governance structures and citizen engagement,  as  well  as  past,  planned  and  ongoing  projects  relevant  for  the Mission objectives,  to  provide  a  basis  for  the  implementation  of  the  lighthouse  and to  support  the creation  and  set  up  of  the Implementation  Charter for  that  lighthouse and  to  establish  the status  in  2021  for  the  relevant  Mission  objective,  against  which  the  success  of Mission implementation (its outcomes and impacts) will be measured in 2025 and 2030 (baseline).

European “Missions” are a novel feature of Horizon Europe. They have been launched by the European Commission on 29 September 2021 and comprise new and innovative ways to work together and improve the lives of people in Europe and beyond,  tackling complex challenges with systemic solutions in the areas of health, climate and environment, and aiming to achieve ambitious and inspiring goals in these areas by 2030. They will support EU policy and regulatory initiatives, such as the European Green Deal, EU Climate Law, EU Biodiversity Strategy to 2030, Sustainable Blue Economy Strategy and will deliver impact by putting research and innovation into a new role, combined with new forms of governance and collaboration, as well as by engaging citizens.

Five mission areas have been identified as part of Horizon Europe:

As underlined in the European Green Deal, preserving, and increasing the natural capital of the seas and oceans is critical to ensure a continued delivery of valuable ecosystem services and to enable the EU to achieve the UN 2030 Agenda Sustainable Development Goals (SDGs). However, marine ecosystems are seriously threatened and rapidly degrading. Despite ambitious legislation, efforts to protect their health to date have not been sufficiently effective. Progress in reaching good environmental status hasn’t been fast enough to cover all descriptors of the Marine Strategy Framework Directive in all EU waters by 2020. A large majority of protected marine habitats and species are in an unfavourable conservation status, or their status is unknown.

The Mission will be implemented in two phases. In the first ‘development and piloting’ phase (2022-2025), foundations will be laid for the implementation of the three Mission objectives and enabling actions. In the second ‘deployment and upscaling’ phase (2026-2030), the solutions developed and piloted in the first phase to deliver on the Mission and European Green Deal objectives will be further deployed, replicated and scaled up through rounds of open calls for scale up actions.

In the ‘development and piloting’ phase the Mission will roll out ‘lighthouses’ in major European sea and river basins, as the Mission sites.

Area-based lighthouses will be the main implementation vehicle of the Mission in its first phase. Lighthouses will act as hubs and platforms for the development, demonstration and deployment of solutions to those challenges.

As one of its first activities to support the implementation of the Mission, the European Commission has procured a Baseline Study which led by Technopolis Group with the support of two consortiums.

Technopolis Group’s task, as Team Leader, is to conduct a baseline study for Mission lighthouses in the Atlantic & Arctic, Baltic, North sea and Mediterranean basins along with the Danube river basin, for the implementation of the three Mission objectives, namely:

The baseline study and its outputs will form an important initial building block for the further deployment of the Mission ‘Restore our Ocean and Waters by 2030’. The two projects, one encompassing the Baltic and North sea, the second Atlantic & Arctic, the Mediterranean and the Danube river basin are expected to be completed respectively in June and September of this year.

The Atlantic and Arctic: Platform and actions for restoration and coastal resilience

Mediterranean: Platform and actions on pollution (plastics, nutrient and chemicals)

More information on Mission  ‘Restore our Ocean and waters by 2030‘: 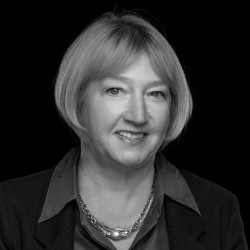