The subsequent project* that was developed for this purpose carried out a six-month assessment to see if there is a business case for large-scale adoption of the new technologies on the African continent.

According to this article by Klaus Schwab on the World Economic Forum’s website, the fourth industrial revolution is a “fusion of new technologies” which is “evolving at an exponential rate” and is “disrupting every industry in every country.”

Essentially it is building on all existing technologies with new digital tools like artificial intelligence, robotics, 3D printing and blockchain.

These technologies are changing everything – our economies as well as the way we live – and the African Development Bank wanted an African reflection on this issue as they will send a signal to all African governments, and their partners, to highlight the importance of this economic opportunity.

But how can Africa compete when its infrastructure is so unreliable? This is a good question but with these new “disruptive” technologies it may not be that relevant. In the old days, countries developed incrementally; they gradually built up on the back of networks that supplied people with electricity, phones, roads, health and educational services. The availability of information online means Africans can be as up to date about new developments as their counterparts in the EU and USA.

The concept of leapfrogging is often discussed in Africa – jumping those incremental stages of development that Western European nations used as building blocks. But, to do this, we must have the right policies and incentives in place.

There are many useful examples of African entrepreneurs using drones to set up new businesses in agriculture, construction and public utilities. Drones are being used to help farmers monitor their fields, as well as assist public utility companies to check their long-distance power lines. Unfortunately, some governments are restricting the use of drones, such as Nigeria, for military reasons, and Cameroon and it is important that this new technology is seen as an opportunity and not a threat. This will involve recognition of the security risks and appropriate regulation.

Based on extensive research, the report highlights the ways these technologies are currently being used (or could be used) in Africa and determines the business case for a local supply of these emerging technologies and their adoption in the overall economy of the continent.

The overall goal of the report is to provide a rationale why certain technologies should be adopted in Africa – and to outline a development strategy for African governments, the private sector and development partners.

Some of the key recommendations for African policymakers and regulators made by Technopolis to unlock the potential of the Fourth Industrial Revolution for Africa include: developing a united vision to seize the opportunities of the 4IR; at national level, creating incentives (financial, fiscal) for technology adoption in national priority sectors (e.g. agriculture and energy); starting to prepare the next generation Africa 4.0 workforce; Redesigning existing governance institutions to better prepare for challenges posed by data circulation, developing collaborative and adaptive; and nurturing inclusive institutions favouring and promoting widespread innovation to adopt 4IR technologies in production and service sectors regulation.

Read our full report on the potential of the fourth industrial revolution in Africa. 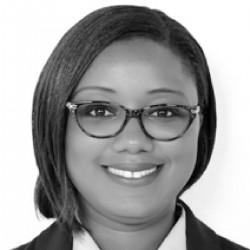