Reaching climate neutrality within the next few decades is a mammoth task for every country. To get there, Germany has put in place binding emission targets for every sector and an independent body to review the progress made. This acclaimed approach, however, quickly revealed the country’s political shortcomings.

Germany has set itself an ambitious emissions challenge: The country wants to reach climate neutrality already by 2045 – 5 years earlier than many other countries within or outside the European Union. To make this happen, the German government has developed pathways for every economic sector. Binding annual targets for each industry should avoid shifting the burden between the sectors or delaying actions into the future. The German Council of Experts on Climate Change was set up in 2020 to assess the implementation of Germany’s Federal Climate Change Act. The Council independently reviews the targets set by the German government and whether each sector has met its annual targets. Based on this review, if a sector fails to meet its targets, the government has to propose additional policies, which are in turn reviewed by the Council, checking if the proposed measures are sufficient to reach the goals.

Having sectorial climate targets in place in a country that is home to sought-after auto brands and still heavily reliant on coal can be seen as a big success in itself. However, there is one big issue. The German climate targets are not ambitious enough when looking at the 1.5°C target of the Paris Agreement. And still, some sectors fell short of meeting their emission reduction goals in 2020 as the Report on the Estimate of German Greenhouse Gas Emissions for the Year 2020 revealed to which Technopolis Group contributed.

Weak regulations and a lack of long-term vision

The energy sector has long been Germany’s model student when it comes to meeting climate targets, spearheading the country’s Energiewende, or energy transition. Phasing out high-emission coal power plants and expanding renewables has made it relatively easy for this sector to meet its targets in recent years. However, the current level of expansion is not sufficient anymore to stay on track in the coming years.

In the transport sector, most carmakers and the government have realised that moving away from the combustion engine is inevitable after years of debate. However, a needed long-term strategy including investments to live up to targets is not in place yet. The transport sector stayed within its climate targets in 2020 – but probably only thanks to the COVID-19 pandemic which largely tied up transport for several months.

The buildings sector, on the contrary, has not met its targets for the first time. The industry is facing a huge challenge across the EU as only 1% of buildings are undergoing energy-efficient renovations every year. 75% of our buildings are currently not energy-efficient, but around 90% of today’s buildings will still be used in 2050. To alleviate the issue, many countries have energy efficiency standards for new buildings in place, including Germany. But the country’s regulations are simply too weak and not in line with the overall target of climate neutrality. The fear of overregulation and increasing the costs of housing have outweighed concerns over climate change so far.

28% of Germany’s annual emissions come from buildings, including maintenance, heating, and construction, one of the highest emission rates per sector. If the buildings sector does not reduce its emissions anytime soon, Germany will not be able to reach its ambitious 2045 target. German policymakers have to put incentives in place and strengthen today’s weak regulations. To act on this, the renovation rate has to be increased significantly and renewables need to be included in the energy consumption of every building. Since renovations take a lot of time and are expensive, waiting any longer to come up with a long-term strategy is not an option.

When the buildings sector missed its targets this year, an immediate action programme and a review of the existing measures were initiated. The government plans to increase the available funds. However, the buildings sector did not miss its targets because it had been neglected compared to other sectors. Rather, Germany needs to step up its game across all sectors, strengthen regulations, create incentives for businesses – and put the right policies in place to meet its own climate goals. In its recent assessment, the Council of Experts on Climate Change concluded that the immediate action programme does not do enough to make sure the buildings sector will meet its legally binding emissions targets in the coming years.

There is a great amount of research and expertise available that would allow the German government to set up and to meet the climate targets in the different sectors but also the overall 2045 target. In the end, it will be up to the political will to make things happen. Most importantly, this transition must be a just transition that does not create a two-tier society and neglects rural areas.

Recent developments in Germany, including climate protests and the prospect of a new coalition government, could entail a paradigm shift with a bottom-up process. If Germany manages to lead on the transition to climate neutrality, other countries in Europe are likely to follow its lead. The enthusiasm of young people to achieve climate neutrality before it is too late to limit global warming and their hard work in this area are giving hope. Clearly, reaching climate neutrality is a huge challenge, but the solutions are already on the table, and with the necessary political will, this transition can be achieved step by step.

Outlook: In 2022, the German Council of Experts on Climate Change will publish its larger report for the first time, giving an overview of the current state of play of the decarbonisation in Germany and the effectiveness of the implemented policies. This report will be published every two years. 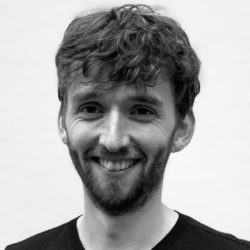